The scheme involved the construction of a new Anaerobic Digestion Plant in Granville Co Tyrone.
Initial works on the site by McMackin Contracts involved the removal of a considerable amount of material from the site. This was completed using McMackin Contracts own dozers, excavators and dump trucks.
Following on from the initial muck shift all tank structures we excavated around the site and works commenced on the Reinforced Concrete Structures.
McMackin Contracts were also responsible for the construction of all Reinforced Concrete Structures on the site. 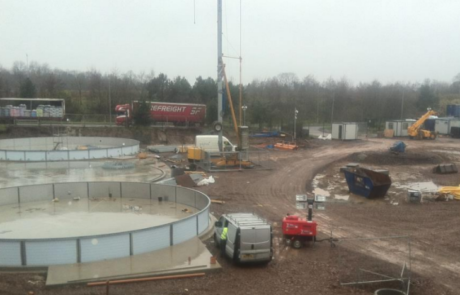