Initial works involved considerable material excavation and disposal both on and off-site. This was carried out with McMackin Contracts modern fleet of excavators, dump trucks and dozers. Over 1 Million cubic meters of material was excavated and moved to areas on site with some disposal off-site also.
McMackin Contracts also undertook the majority of the drainage sub-contract on the scheme which included the installation of filter drains. Another major element of the drainage contract carried out by McMackin Contracts was the installation of lagoons throughout the scheme and the lining of these with a MDPE liner.

McMackin Contracts completed the installation of all culverts throughout the scheme. This work involved considerable excavation in all areas to facilitate the placement of the culverts. With such major works in waterways the Environmental Protection of the waterways was paramount and through careful management all culverts were installed without Environmental incident.
McMackin Contracts also carried out all the earth works for the overpasses and underpasses on the scheme. This element of works involved the excavation and shifting of a major amount of material including rock breaking to various areas. 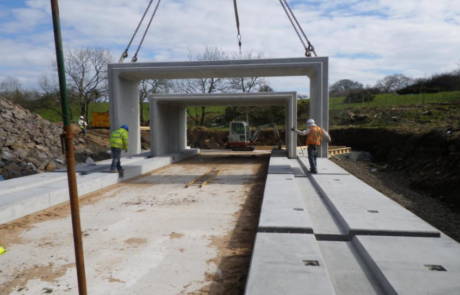 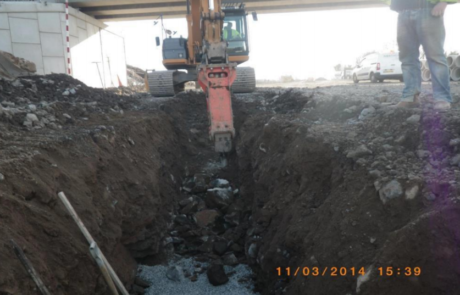 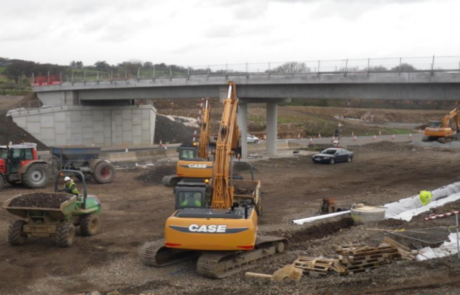